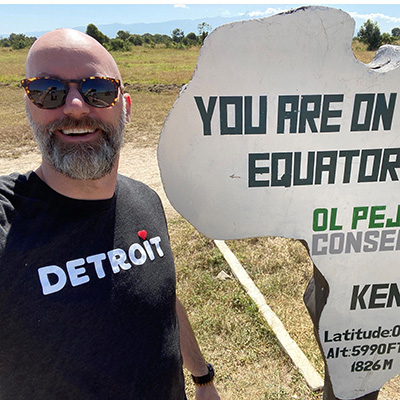 Kevin joined the Board of Friends of Kenyan Orphans in 2018.

He has been an educator for over twenty-two years. He has taught every grade from sixth through senior year in subjects ranging from reading and writing, history, and leadership to drama and Shakespeare. Kevin works with The Boomerang Project, an international program devoted to training educators to create better, kinder schools.

Kevin also does educational consulting and speaking and has spoken before over 10,000 students and adults. He was twice chosen as teacher of the year by the seniors at North Farmington High School, was named Oakland County teacher of the year in 2014, and in 2017 was given the Ray H. Lawson Award for excellence in the field of education.

He attained his BA in Education as well as degrees in history and English from the University of Dayton. He has his Master’s degree in Teaching and Learning from Marygrove College. He currently teaches eighth grade at the Farmington STEAM academy.